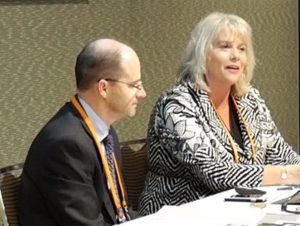 The rising popularity of factor investing has been driven by strong marketing and the underwhelming performance of active fund managers, according to Frontier Advisors Director of Research, Fraser Murray.

Factor investing, which attempts to select securities based on attributes such as value, momentum, low volatility, quality, and small market cap, is being pushed heavily and attracting significant flows internationally.

“There are so many different indices out there packaged wonderfully by fund managers… by ETF providers,” Murray said at a Frontier Advisors panel. “This is being marketed heavily.”

The long-term performance of the median active global equity manager, which has outperformed the index (before fees) by a miserly 0.2 per cent a year over the decade ended April 2017, has been another element driving the trend.

Factor investing has not been so prevalent in Australia where the median manager has delivered a more respectable 1.4 per cent outperformance over the same period.

The performance of factor investing, despite significant fee savings, has been hard to assess given many indices and investment products have been created retrospectively to produce strong back-tested results which ignore transaction costs.

For example, quality-based factor funds have only attracted inflows in the past 5-6 years but the MSCI World Quality series commenced in 1994.

“Lo and behold they’ve created a back-tested quality factor that has an outperformance of 3.5 per cent per annum,” Murray said. “That’s just farcical – it hasn’t been investable since 1994 and yet there’s a series out there being marketed, promoted, packaged up in an ETF and sold as the cure for all ills.”

In Murray’s opinion, the longest factor series with the most credibility is MSCI World Value, which started in the mid-1970s and has outperformed the MSCI World by 0.84 per cent a year with a tracking error of 3.3 per cent a year.

However, Murray cautioned even that factor index has underperformed in the past ten years and value/growth factors have both generated approximately market returns since 1994.

Despite those reservations, he said factor investing had some merit and many of Frontier’s clients had implemented smart beta strategies in global equities, where there is significant breadth to exploit. They have tended to add a single factor then progress to additional factors over time. Low volatility has been the most common factor while value has also generated strong interest.

Anna Weickart, Senior Portfolio Manager, Equities at Cbus, said the fund has applied smart beta strategies (which take factor investing to the next level with a more efficient and nuanced implementation) since 2011.

She said the fund has implemented factor investing for “risk reduction, return enhancement but also the cost savings – everyone is under pressure here.”

Cbus has included fundamental indexation (a form of value smart beta) and a low volatility exposure in its global equities portfolio (which also includes traditional active and passive managers). Weickart used the following schematic to show the full spectrum of options available to investors like Cbus.

Having established its desired factors in global equities, Cbus is also considering adding a manager combining both value and momentum factors to its emerging markets portfolio, which it has separated from its global equities allocation. ESG is another factor it is likely to incorporate within this emerging markets appointment, highlighting how a smart beta portfolio can have a multi-factor construct.

“We’ve tailored to make sure we don’t have any unintended biases as a result of more naive factor exposures.”