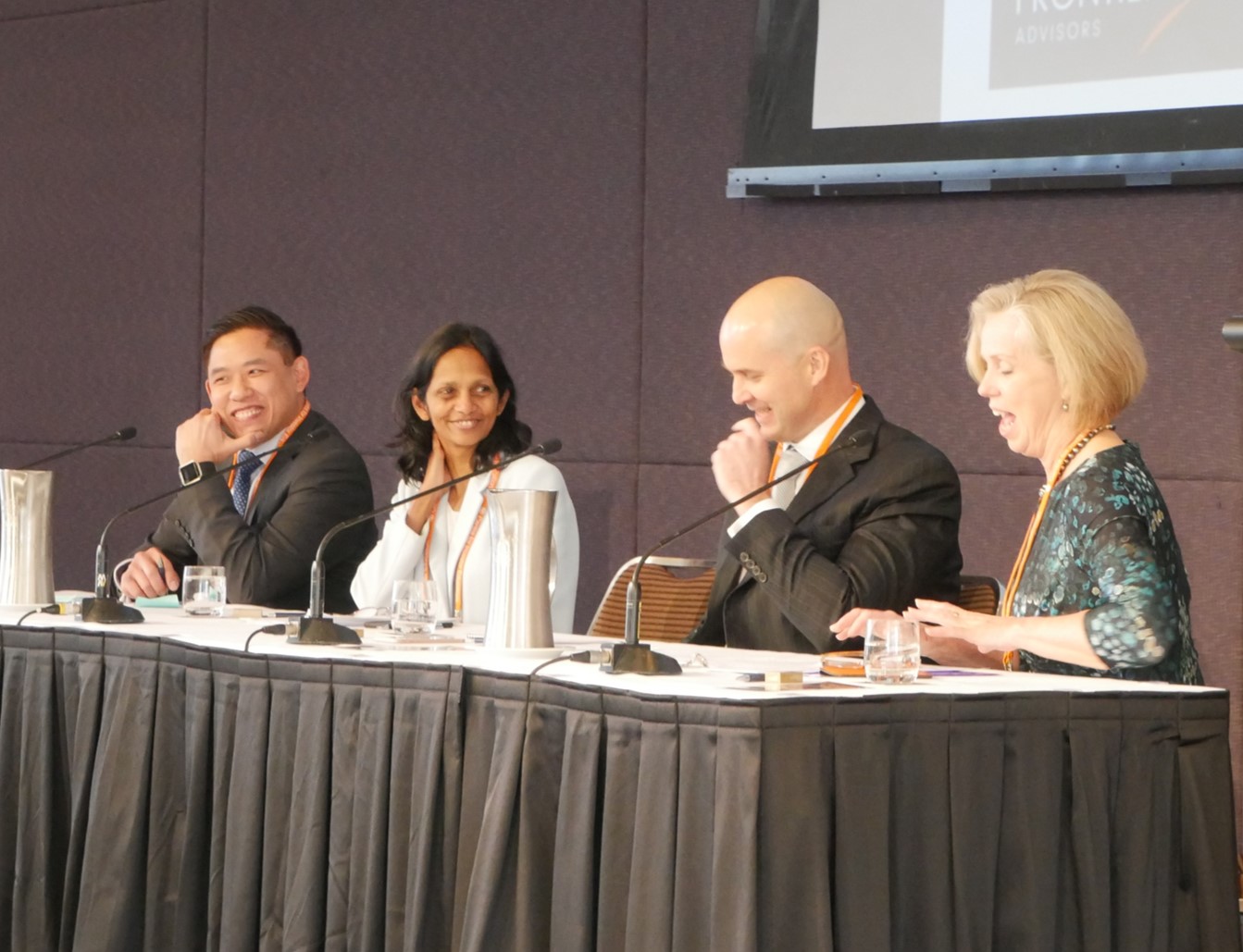 “There are many asset classes I could point to where capital is just not flowing and offers the opportunity for superior return for the risk if you are prepared to find a way to invest in it,” she told an audience at the Frontier annual conference.

Infrastructure such as toll roads and airports are assets that Macquarie research has shown can perform well in a rising inflation and GDP environment. “They also offer you less volatility so they’re quite a good defensive asset when you’re getting to late cycle and there’s risk of a slowdown, so it’s an asset class worth looking at.”

Frontier Advisors Principal Consultant, Dr Alvin Tan, said emerging markets are also worth considering as they do not face the debt and demographic headwinds buffeting many developed economies.

“We can look through some of the market volatility. India has a lot of potential for investors looking for new opportunities.”

Australian super funds have performed strongly in recent years with the median balanced option returning 8.4 per cent over the 11 months to May 31, 2018 and 9.1 per cent a year over the seven-year period, according to SuperRatings. However, the market is entering a new phase with global inflation concerns slowly rising and central banks around the world winding back highly supportive quantitative easing policies implemented in the wake of the GFC.

Jack Chemello, Investment Director at Australian equity manager Touchstone, warned that Australian shares would provide a “quite low” total shareholder return of just 4 per cent a year over the next three years, however the opportunity to add value through active stock selection remains

Tan said the Australian economy is tracking well but was similarly wary. “From a strategic, longer-term perspective we are quite cautious on Australian equities but in the near term it looks ok.”

“We see it very much as a sector like infrastructure was two decades ago: it’s structurally positioned to grow,” Wikramanayake said. “It’s going to require asset managers to come in and start offering access in an institutional way. It will be a good diversifier.”

There were mixed views from the panel session about whether the US economy is mid or late-cycle in its growth, with Wikramanayake suggesting it still has some way to go but Chemello noting it has now had the second longest expansion in history.

“We’re seeing more factors that are characteristic of a late cycle than not,” he said, pointing to an inverted yield curve, which could occur in the fourth quarter, as a signal that has preceded every recession in the last 60 years.

We are pleased to announce a number of new appointments including Sarah Guthleben in the role of Head of People and Culture, Dr Shahana Mukherjee...
END_OF_DOCUMENT_TOKEN_TO_BE_REPLACED
By frontieradmin News