Could super funds use their accumulation pool to fund pensions? 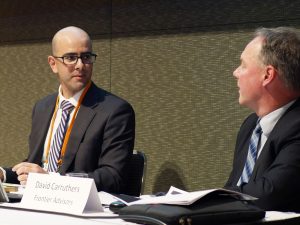 Super funds could consider using their accumulation members’ assets to offer pension members a guaranteed income product, according to a Frontier Advisors pitch.

The investment annuity idea recognises super’s new legislative purpose – to generate income in retirement to substitute or supplement the age pension – and benefits both retirees and accumulation members.

Retirees in the pension pool would receive guaranteed stable income above annuity rates while accumulation members would keep the margin between their long term expected return (generally around CPI + 4 per cent) and a potential guaranteed pension rate (CPI + 2.5 per cent).

“It’s quite novel,” Frontier Advisors Senior Consultant Sarkis Tepeli said at the Frontier annual conference. “It intuitively looks really good at an embryonic stage. It could be a win-win situation for pension members and accumulation members alike but there are a lot of hurdles to be overcome and additional modelling to be done.”

Basic modelling of a $6 billion fund with $1 billion in pension assets paying out 5 per cent a year in pension assets shows promising results. Over the decade ended October 2016, the accumulation members subsidised pension members at a maximum of around $200 million during the nadir of the global financial crisis but ended up $100 million ahead.

Many super funds are now considering what makes an appropriate mix of certainty, flexibility and income for their retired members given the government’s call to develop default comprehensive income products for retirement (CIPR).

The bulk of super fund members still choose account-based pensions, which offer a high degree of flexibility. However, members then attempt to self-insure against longevity risk by drawing down minimum annual income levels.

Frontier also presented an analysis of a retiree with a $100,000 balance drawing down 6 per cent annually (adjusted for inflation) over the decade ended February 2017. It compared the results to capital stable, cash, bucketing and endowment strategies. 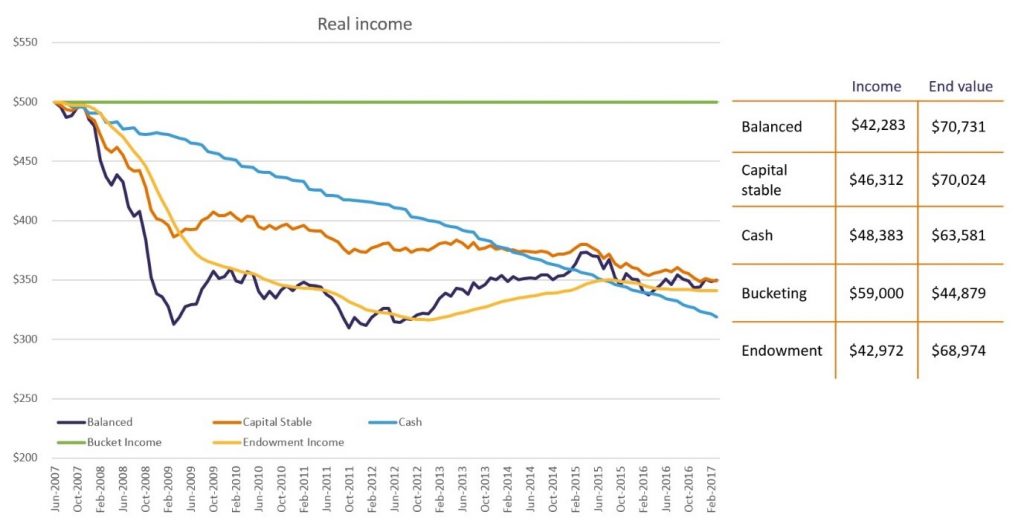