ESG and the election – the new normal 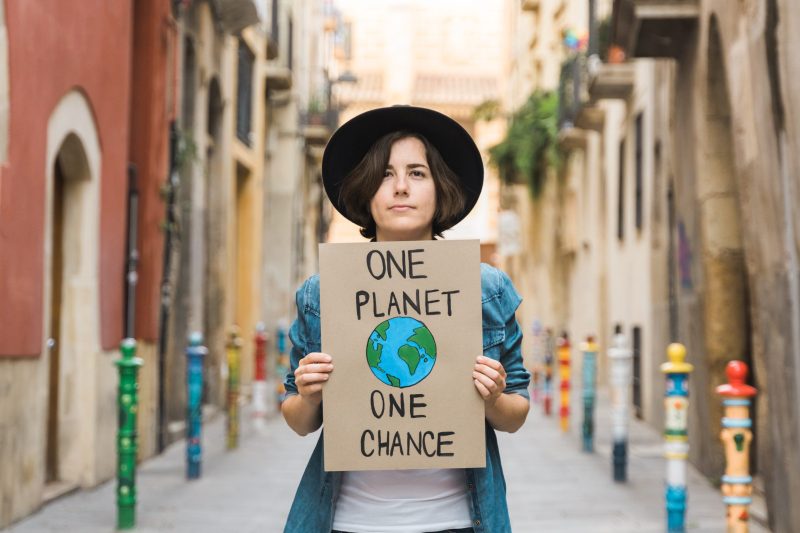 Although Australia’s economy was, as usual, a key policy battleground for the 2022 federal election, it is now also clear increased voter concern on environmental, social and governance (ESG) issues had a profound impact at the ballot boxes.

Climate change, gender inequality, recognition of First Nations Australians and integrity in politics were just some of the ESG matters ultimately proving material enough in key electorates to contribute to a change in government. In particular, increased support for The Australian Greens and climate-focused independent candidates (many referred to collectively as the ‘teals’), suggests the performance of Australia’s economy going forward will no longer only be measured by traditional metrics like growth, employment, and productivity. The choice of which path the country takes to achieve those headline economic objectives (and especially how sustainable that path is) is now being scrutinised and tracked, both by large swathes of the Australian population, and the wider global community.

Naturally, any institutional asset owner must consider the economic backdrop when developing and implementing its investment strategy. Policies introduced by the incoming Albanese Government will affect that economic backdrop, including policies on material ESG issues, most notably climate change. Frontier is already examining how anticipated policy changes across the board may end up impacting our clients’ investment portfolios and ultimately inform our investment advice.

As always though, the devil is in the detail and even now, significant uncertainties remain with respect to those details. Most immediate of these is the question of whether there will be a majority or a minority Labor Government – an outcome that appears to be going down to the wire (with any final margin likely to be slim). Despite Labor, The Greens and the teals each supporting more aggressive action to manage climate change relative to the outgoing Coalition, there are also meaningful differences between them. For example, Labor has indicated it will establish an interim national greenhouse gas emissions reduction target of 43% by 2030 and although this is more ambitious than the 35% reduction forecasted by the Morrison Government, it is also meaningfully lower than the 60% sought by the teals, and the 75% (by 2035) sought by The Greens. How those differences are worked out in a minority government situation (and even in a narrow majority) may well impact climate change and other policy development.

What we can be more sure of is that policies relating to climate change will increase in scope and ambition, and this should provide some of the long-sought regulatory certainty for asset owners and asset managers, for which Frontier has advocated for some years now. Industry surveys over recent years have clearly indicated that the lack of policy certainty on climate change in Australia has constrained the willingness for investors to direct capital into local climate solution opportunities.

Should the hoped-for holistic embrace of the need for energy transition and clarity on Australia’s strategic approach to carbon emerge, we expect to see investment opportunities arise, both in emerging areas such as low-carbon technologies, but also within investors’ existing portfolios to decarbonise and transition existing exposures (e.g. greening steel production).

Frontier has looked to support clients by rating a range of climate-aligned investment products, not just within traditional renewable generation but also in adjacent, less-traversed areas like energy transition, where the specialist expertise required to access such opportunities means more attractive risk-adjusted returns. We are also committed to assisting clients to measure their climate risk exposures, develop decarbonisation targets, and establish clear governance processes to facilitate their individual net zero journeys.

Beyond climate change, the expectations of the wider Australian population on ESG issues are expected to increasingly have material financial implications for investing. Four years on from Rio Tinto’s destruction of rock shelters of exceptional significance at Juukan Gorge, the importance of recognising and including the interests of First Nations communities in relation to commercial mining and other relevant industries has increased. Crucially, this also includes the need to identify and manage the resultant financial risks associated with these activities. With the new Federal Government promising to commit to the Uluru Statement from the Heart, we expect community expectations of corporates, asset owners and asset managers addressing First Nations Australians’ interests to only increase and become more financially material as a result.

As for what’s not there, Frontier remains concerned at the limited political intent with respect to a just transition, an issue most recently addressed by our Real Assets Team in its December 2021 quarterly update. It is our long-held view that a low-carbon transition can only be achieved if the people and communities most vulnerable to the negative social and economic impacts of climate change policies (such as workers in fossil fuel industries), are appropriately supported. While Labor had previously committed to establishing a Just Transition Authority and the new Prime Minister paid tribute to the union movement in his acceptance speech, the Australian Council of Trade Union’s increasingly urgent calls for stronger policy to support the just transition still appear unanswered in a more material sense. Frontier believes there is an intuitively logical case for private capital to play a role in facilitating the just transition, but without greater policy certainty and public funding, this remains challenging.

Perhaps more than any federal election in recent memory, the prominence of ESG issues in what is of importance to Australians is notable. It is reasonable to expect the new Government to emphasise action in these areas and for resultant policies to impact the investment backdrop for institutional asset owners. Of course, the Government will need to balance such policies against other objectives such as addressing cost of living pressures in a rising rate environment. Nonetheless, investors should be mindful of a shifting policy backdrop, particularly in relation to climate change, and consider the potential implications for their investment portfolios. They should also seek to continue engaging with their asset managers (and asset consultants!) to ensure material financial risks and opportunities arising are suitably addressed.

ESG and the election – the new normal

By Joey Alcock, Responsible Investment Group Chair, Frontier Advisors. Although Australia’s economy was, as usual, a key policy battleground for the 2022 federal election, it…

A new face in our Real Assets Team

We are excited to have a new face joining our Real Assets Team. Shrabastee Mallik joins Frontier as a Senior Consultant, based in Sydney, and…